Why UI/UX Developers are Important?

The importance of UI/UX developers are often overlooked and misunderstood. Some even argue that their job roles are a scam by IT companies to make them work harder. Well, News Flash: “UX/UI Developers” not only exists but thrives!

So much so that LinkedIn has cited UX design as one of the top skills to learn in 2020. In Vision’s ‘2019 Product Design Hiring Report’, predicted their design teams to grow by an average of 21% in 2020.

So what’s the confusion? Is it because these experts need skills of both designing and coding? Well, isn’t multitasking the need of the hour!! There is a reason why the job roles intertwine.

Let’s learn what are the most essential skills required in a UX designer:

They conduct user research and identify the pain points that your design needs to solve. The design thinking process includes Empathize, Define, Ideate, Prototype, and Test. This iterative process of researching, designing, and testing is at the heart of a great UX designer’s skill set. What do they do?

Now that one has analyzed and identified the problems, who should take to responsibility ahead? This is why the UX/UI designers need coding knowledge.

Most UX designers have at least a little understanding of code, including HTML, CSS, and Javascript. Unlike the coding experts, the UX designers are not expected to code the entire website according to their analysis. It is best to leave the coding to the experts.

So why should UX developers have a basic understanding of code?

What does a UI designer do?

The visualization of any website is directly related to the user experience. The UX developer who can be considered as a more visual person is often hired as UI designer. This is why the job roles in a website development company are often stated as “UX/UI developer”.

The UI designer’s key task is to analyze the look and feel of the web product. They do that with,

As a visual and interactive designer, the UI role is crucial to any digital interface and, for customers, a key element to trusting a brand.

Please remember that the web developers and designers are equally responsible for the end results and the titles of the job roles are not the primary concern. A good web development company works in collaboration with experts of every field to get the perfect results. You should be proud to get a job as a UX/UI developer!

Join us in SOCIAL MEDIA to stay updated: 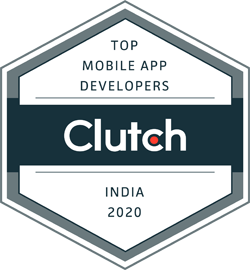